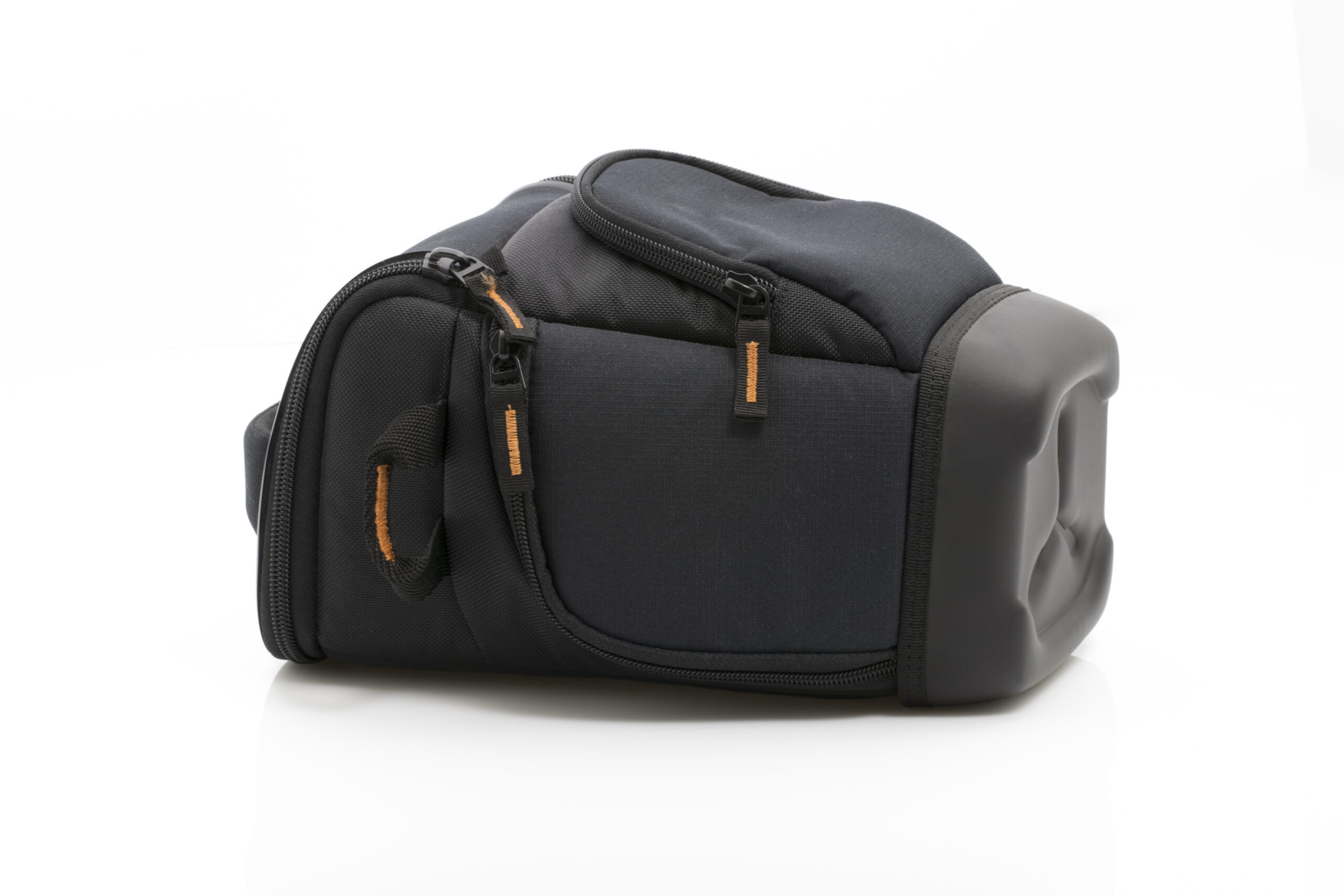 If you want your camera case to be safe from small bumps and scratches, you’ll need something more durable. For example, if you want your checked-in luggage to make it through the airport’s “assault course,” you’ll need something stronger. It’s the best way to protect your camera gear other than locking it in a safe, but hard cases are still pretty easy to move around.

There are usually hard cases that are waterproof at least one meter deep to withstand a downpour and even an accidental dip in a stream. Many are also marketed as crushproof, which means they can’t be broken. In simple terms, a crushproof case should be able to hold up under your weight and withstand drops and rough treatment without being damaged.

Peli (short for Pelican) cases are the standard for hard cases for cameras today. The Protector 1510 is one of the most popular cases in Peli’s huge range, in many different sizes. At 56 x 35 x 23cm, 1510 is meant to meet most cabin baggage size rules. When it’s filled with foam, its 51.4 by 29 by 19 cm bare space will be a little smaller, but it’s still enough space for a typical camera kit as long as you don’t plan to take any fast super-telephoto lenses.

With full foam, it weighs 6.3 kg, which is a little more than some hard cases of the same size. But the well-protected roller wheels will make it easier to move the case most of the time. Because Peli has a Protector line, you don’t have to settle for plastic that’s just plain old black anymore. Silver, tan, orange, pink, and bright yellow versions of the Protector 1510 can also be found as the one shown here. People who have to put their things in hold luggage will be able to find them on the baggage carousel.

This is because Peli’s Air line was 40% lighter than a Peli hard case of the same size. Finally, the Air 1535 only weighs 3.95kg, but that’s just for the plastic shell, not the whole thing. Add foam or dividers, and the weight difference between this and the same-sized Peli Protector 1510 hard case is smaller.

It was hard for us to break the Air, but even though it bends a little more under stress than the Protector 1510, the difference is small enough to be safe. There is a cubed foam option as the default inside. To make it even better, we used Peli’s TrekPak system. You can also choose a Velcro divider insert. In this, sheets of corrugated plastic are stuck together with dense foam.

There’s a special cutter with each sheet, so you can cut it into strips that fit around the things you want to carry. The pins that hold the sheets together are made of special hooped metal. It’s a well-designed padding system that looks better than simple Velcro dividers, but it’s not as soft and cozy as the standard foam padding.

You’ll mostly see hard cases that can be carried as hand luggage for maximum versatility. Hard cases are made to be nearly unbreakable, giving them a fighting chance against your average baggage handler. On the outside, Vanguard’s Supreme 53D is 63x52x24cm, but that gives you a roomy 56x45x20cm inside. That’s enough space for a lot of gear.

You also get wheels, which are very important because the case weighs over 10kg when it’s empty. The D in 53D means this case has a removable padded divider insert, not cubed foam like the 53F. Though the 53D is more expensive than the 53F, it’s better if you need to change the inside of your car to hold a lot more kit than the 53F.

The divider insert is very customizable, but it doesn’t fit the whole case, which is sad. There are no less than six latches on the 53D to keep the lid closed, even though it is bigger than the other cases. Aside from that, it can also withstand 120kg of crushing and is waterproof to a depth of 5m.

Italy’s HPRC shows that hard cases can be stylish, with the 2550W’s colored accents (red or blue) giving the otherwise utilitarian look a little more flair. It even comes in Ferrari Red if you want to show off. It also has two-stage latches that are easy to use, a clever handle extension release clip, and the best-rolling wheels we’ve seen on a hard case.

There are some things that the 2550W does well. It looks and feels like any other hard case for a camera, but it weighs only 5kg. This is partly because of the Second Skin interior, which is a thermoformed one-piece padded molding that fits the shape of the case. This is then broken up with Velcro dividers, which are small but strong. Because it’s made out of foam, it can hold a lot more than if it had cubed foam inside. This is a clever way to carry more gear than you could with cubed foam. This is 55 x 35 x 23.6cm, which means that you should be able to fit your luggage into most airplane cabins.

Supreme 40F is a hard case that will keep your kit dry down to 5 meters underwater. With its cubed foam inside, you have to wonder how the case could sink so far in the first place, but that’s not true. If you have a full-frame DSLR and three or four lenses, you can fit them in this bag. But don’t expect to carry lenses bigger than a 70-200mm f/2.8.

A 46.5 x 36.5 x 19.5cm outer size and 4.4kg weight is a very good size and weight. This is with a full, uncut foam interior. For an extra fee, Vanguard also makes a separate bag that can be removed to make the foam even more versatile, but it also adds a lot of money.

Despite its very low price, the Supreme 40F comes with extras like a comfortable handle and rubber feet on the base. The Supreme’s strength is also very good, with it being just as hard-wearing as a case made by Peli. As well as being crush-proof to 120kg of force, the Supreme 40F can also handle temperatures from -40°C to 95°C.